It has been a few months since the Young Ambassador team as we know it today came together, and despite the challenges posed by a global pandemic, the team is thriving.

In June I became a Trustee on the board with the Cameron Bespolka Trust, a role in which I am working closely with the Young Ambassador team. The Young Ambassador role has been one which I have, and still do, hold immense pride in. It is an incredible outlet for young conservationists to share their passions and knowledge on a platform where other young conservationists can engage and flourish. In the time I have been a Young Ambassador (2016-present) the Trust has taken leaps in its initiatives to engage young people - from sponsoring the British Trust for Ornithology’s Young Birders Camp to now funding the renovation of Cameron’s Cottage, exciting times lay ahead.

To now be a Trustee is as much a huge opportunity as an honour. The Ambassadorship has, until now, been a pretty informal role. Now, we are aiming to make this role one which is recognised as a source of training and individual development, to output some impressive young conservationists and activists for the natural world. 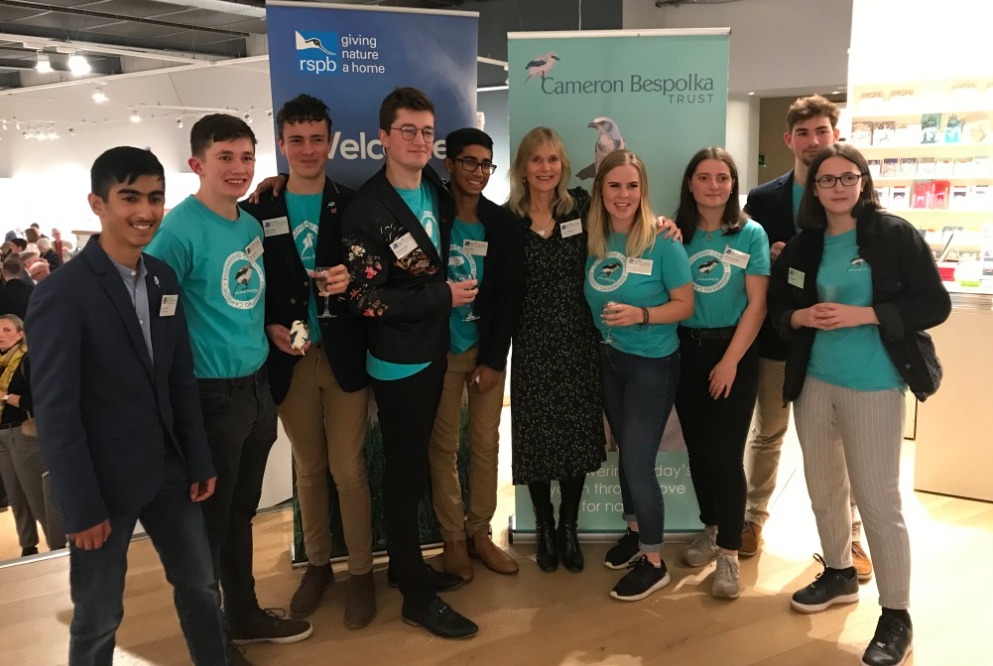 The endeavour began in August, with the Trust’s AGM where the Trustees and Ambassadors all met to discuss plans for the year ahead and get acquainted. At this meeting, we were joined by Stephen Moss who delivered a workshop to the Ambassadors on nature writing. This is a field of conservation which many of our Ambassadors have already explored themselves, though they found the opportunity to chat with an industry expert extremely valuable and certainly made the most of it! We are very grateful to Stephen for offering his time to chat to us.

We are aiming to make this role one which is recognised as a source of training and individual development, to output some impressive young conservationists and activists for the natural world.

Keith Betton, one of the other Trustees, has run a session with the Ambassadors on science communication and advice on public speaking - you may have already seen the outcome of this on Mya’s vlogs! Science communication is an area which is increasingly important for conservationists to understand and practise, especially when in a public facing role like our Ambassadors. Some of the people reading this piece may have seen our Ambassadors at events such as BirdFair, the A Focus On Nature conference, and the Chilterns Conservation Conference - I’m sure you would agree that they are already impressive speakers.

Our most recent meeting was joined by the lovely Jamey Redway, who chatted to the team about diversity in conservation and how to overcome both the physical and perceived barriers which prevent certain groups from engaging with nature. I was certainly impressed with how much the Ambassadors got involved with the discussion, and am sure that they all took away a different attitude to how they can make the natural world more accessible to all. Keep an eye out for their endeavours over the next few months!