We were delighted to award Jonathan Farooqi with this year’s scholarship to attend the Young Leaders course offered by the British Trust for Ornithology.

Well done to Jonathan who is this year’s recipient. Below is a summary and report, written by Jonathan, highlighting the many activities on offer during the course. This course aims to give University age young people the confidence to give talks, walks and other nature based activities.

In August 2019 I attended the first ever BTO Young Leaders Course at Spurn Bird Observatory. I was able to attend thanks to sponsorship from the Cameron Bespolka Trust, and having travelled down from my home in Northumberland, spent four days based at the observatory along with eight other young birders. (Spurn Bird Observatory is located in the village of Kilnsea on the coast of East Yorkshire near the base of the spit which forms Spurn Point. )

The course was led by a great selection of people, each able to give a special insight into the worlds of leadership and conservation; Nick Moran and Faye Vogeley from the BTO were joined by Nick Whitehouse (SBO committee member) and Shaun Robson (warden of RSPB Lytchett Fields in Dorset).

Activities
During our stay, we completed a range of interesting and varied activities. The first was to identify a leader we found particularly inspiring, and explain why we thought so to the rest of the group. To conclude the first day Faye explained her varied career path in the field of conservation, as well as giving us advice on how we will be able to make the most of our own careers in the future.

On day two, each young birder was given the chance to give a presentation. A range of different topics were covered and then reviewed by the leaders and other participants. I definitely feel like I will be more effective the next time I give a presentation! During the afternoon Shaun Robson told us about how partnerships have affected his patch at RSPB Lytchett Fields in Dorset, while Faye gave a presentation giving us advice on using social media. The evening activity was a bit different, as the leaders staged a photograph awards ceremony in which we each had to network to achieve a set objective. I found this activity extremely helpful as it was the first time I’ve ever had my networking skills judged and advice given!

During the morning of our third day the group learnt about negotiating effectively as well as how to successfully lead meetings. After lunch, each young birder had to lead the rest of the group on a guided walk around the area, and the leaders really made sure this wasn’t as easy as it sounds - making as much go wrong as possible! Despite this each of us were able to lead a short walk and be given feedback on the strengths and weaknesses of each one. 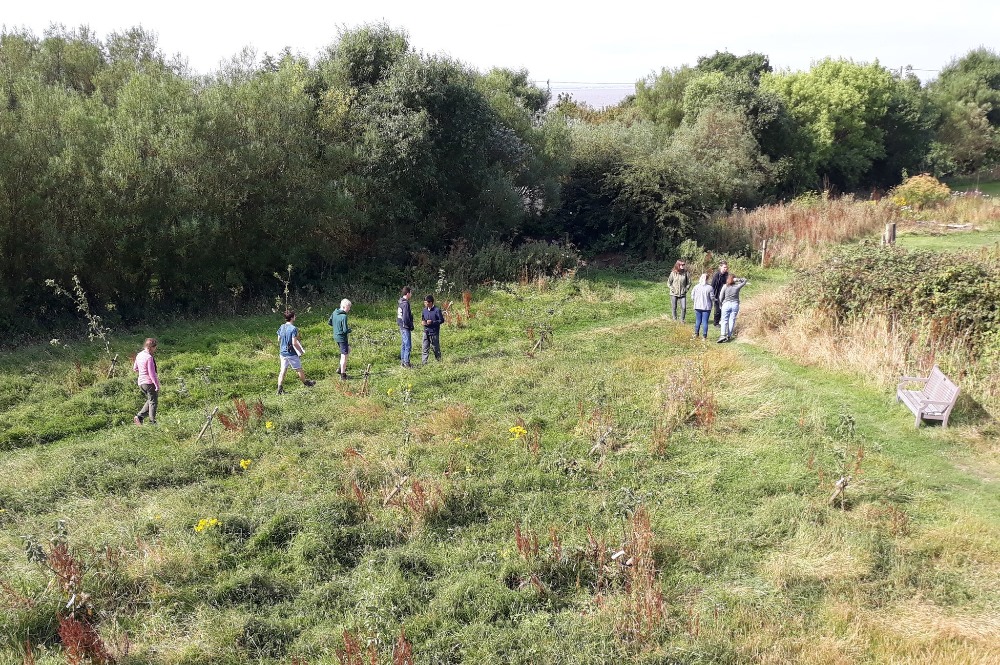 Finally, on the fourth day, the young birders had an opportunity to lead the group on a task which we had been preparing over the last couple of days. The task was rather successful and we took part in a varied selection of activities such as debates, a bird race and guided walks. Personally, I teamed up with Arjun Dutta to lead a mini-Bioblitz, and in the end the group managed a total of 66 species in just 10 minutes. A great end to the activities!

Birding
Before and after the activities on each day we had the chance to do some birding in the area. Kilnsea Wetlands proved to be the most productive site during the trip, especially with the number of waders there. The most notable of these was a smart adult White-rumped Sandpiper but the number of commoner waders such as Knot, Dunlin and Redshank was also particularly impressive. Other waders at the Wetlands included up to four juvenile Wood Sandpipers along with a Little Stint, Spotted Redshank and several Green Sandpipers, Greenshank and Little Ringed Plovers. Other highlights from Kilnsea Wetlands were a juvenile Caspian Gull, Spoonbill and good numbers of Mediterranean Gulls and terns. 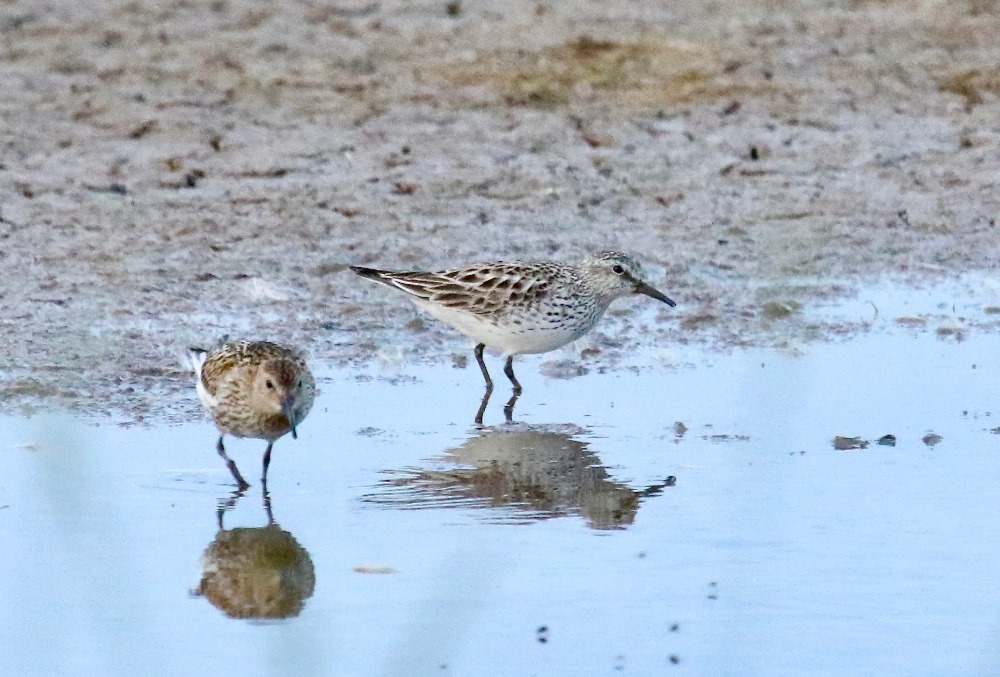 Around the rest of Kilnsea (where the Observatory is located), the best birds seen were the Marsh Warblers in Sykes Field which had bred nearby. Only a few passerine migrants were seen but did include at least one Cuckoo, a Whinchat and a Wheatear.

Overall, the Course was a great success with all the young birders learning lots of new skills to help develop ourselves as leaders. Some of the activities took me a little by surprise but having done them I felt that I had definitely gained confidence. Having the opportunity to go birding in the area at the start and end of each day was also fantastic, and seeing White-rumped Sandpiper, Marsh Warbler, Caspian Gull and thousands of other common waders in four days certainly isn't bad!

I would like to say a huge thanks to all of the leaders and SBO staff for having us, to the ladies who prepared a great lunch each day, to the Crown & Anchor Pub for our evening meals, and finally, to the Cameron Bespolka Trust whose sponsorship ultimately gave me the opportunity to attend. It goes without saying that I highly recommend it to any young birders thinking of applying to visit in the future!