We were very pleased to have the opportunity to work with the Homeless Children’s Foundation again this summer.  Five teenagers were keen to train as Junior Guides so that they could assist in other nature camps being offered to younger participants. Two thrived and graduated and the other three gained a lot of experience but did not feel confident enough to take on the responsibility needed.  They were however invited back as participants in the camps.

The Junior Guides began the week by deciding amongst themselves what the rules would be, with only minimal adult direction. With the rules in place, they kayaked out to a spoil island, explored their surroundings and then played a 'leadership ball game'. The guides also built a camp fire and made s'mores cupcakes which was a first for all the guides. The days activities encouraged several of the students to open up about their anger and impulse control problems. This is important as the program aims to provide a safe space for homeless teens to learn about themselves and grow.

Bird house building
One activity the guides took part in was forming into teams and building bird houses for the solar farms in Vero Beach. It provided an opportunity to teach them a little bit about various aspects of conservation. The guides were then given time to explore the trail behind the Audubon house, and then come back with a readiness to try breathing and self awareness techniques.

During the week they took several hikes, from Indio Savannahs to Egret Marsh, Stormwater treatment plant to Sebastian inlet state park. The campers swam in the cove amongst the dolphins and manatees and then participated in a litter clean-up exercise. The guides dissected owl pellets and learned about prey and predators. They also learned about native snakes and exotic animals and participated in a discussion about pet responsibility. This point was emphasised by taking the guides to Laporte Farm in Sebastian where they were able to observe many species of animals and handle baby rabbits. It was a sobering thought for the students that all the animals at the farm were once someone's pet that they no longer, could or wanted to keep.

Picnic
The guides finished the week with a wonderful picnic lunch and had a lengthy discussion about the feelings they expressed earlier in the week. Leaflets were distrubted highlighting the different anger warning signs, and how to diffuse confrontations. This was a very sensitive time with a few tears shed. Some students approached the supervisors with a view to taking the discussions further.

Overall, the event was a huge success and a wonderful chance to give the experience and training needed to assist teenagers so they can earn money to support themselves during the summer. 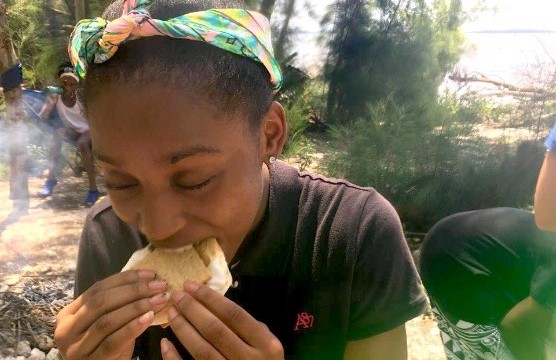 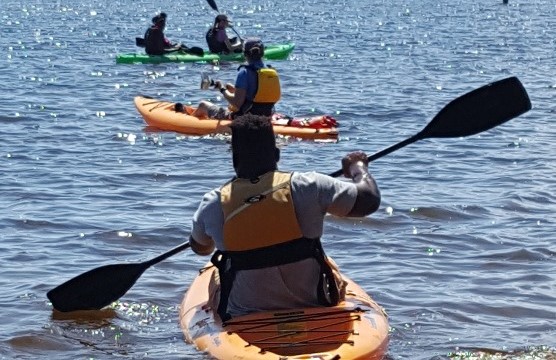