Here is a post about another excellent BTO Bird Camp, sponsored by the Cameron Bespolka Trust.

On Friday, my mum picked me up from school, and it was a two hour drive from London to the Nunnery, the BTO’s headquarters in Thetford, Norfolk. When I arrived, it was great to meet friends I’d made on the previous Camp, as well as new ones, and shared a tent with Michael Sinclair, Wilum Johnston, Sam Newcombe, Rowan Wakefield, Alex Liddle and Calum Mckellar. This year, the Camp was run by Nick Moran and Faye Vogely, who I’d met previously, and Ben Porter, a brilliant wildlife photographer. After dinner, Faye ran an activity about conservation careers, and how there can be many unexpected ups and downs to it, which I enjoyed a lot. That night, the tent was very noisy, so most of us got no sleep!

Satruday
On Saturday morning, Calum, Alex, Rowan, Michael and myself walked round the Nunnery grounds, to see what records we could submit to BirdTrack. After breakfast, we all gathered excitedly around the moth trap, with the highlights a Small Elephant Hawkmoth and a Lime Hawkmoth. We then all headed to RSPB Lakenheath Fen, Suffolk, where we were split into groups led by David Walsh, Chris Mills and a few other volunteers and experts. Together, we saw some brilliant birds, such as Sedge Warbler, Cuckoo and Hobby, with a few groups seeing Bittern and Great White Egret! The dragonflies were just as exciting, which included Scarce Chaser, Hairy Dragonfly and Variable Damselfly.

We all had a picnic at lunch, while Lakenheath’s site manager, Dave Rogers, explained how the reserve became a conservation success, which involved transforming carrot fields into fenland over a few decades!

We travelled to Thetford Forest. This massive forest, bordered by a few fields, was the perfect habitat for Tree Pipits and Mistle Thrushes

Next, we headed briefly to NWT Weeting Heath National Nature Reserve, famed for its Stone Curlews. We saw one, along with some Eurasian Curlews, but the views were very distant, so we travelled to Thetford Forest. This massive forest, bordered by a few fields, was the perfect habitat for Tree Pipits and Mistle Thrushes, both of which we saw. We also got very brief views of Firecrest, Crossbill and Dingy Skipper Butterfly.

Back at the Nunnery, we were given a talk by Greg Conway, the Nightjar expert of Thetford Forest, and after learning about their habitat and distribution, we went back to the Forest, and Nightjar traps were set. While dusk approached, we were entertained by Cuckoos and Woodlarks, and finally, both male and female Nightjar, which were spectacular birds.

Sunday
On Sunday morning, we woke up early to do surveying activities at the Nunnery Lakes, the BTO’s adjacent nature reserve. There, we contributed to the Breeding Birds Survey, Constant Effort Site (Ringing), and nest recording, all of which I thoroughly enjoyed. After a few hours out and about, we returned to the Nunnery, where we packed our things and did a survey indoors on how to improve the BTO’S services, and looked at the moth trap again.

Finally, we shared our experiences over the weekend with our parents, marking an end to a memorable weekend. I’d like to thank Nick, Faye and Ben, and everyone who helped to make Bird Camp such a wonderful experience, and also to the Cameron Bespolka Trust, for their generosity, sponsoring the event. I’m looking forward to next year! 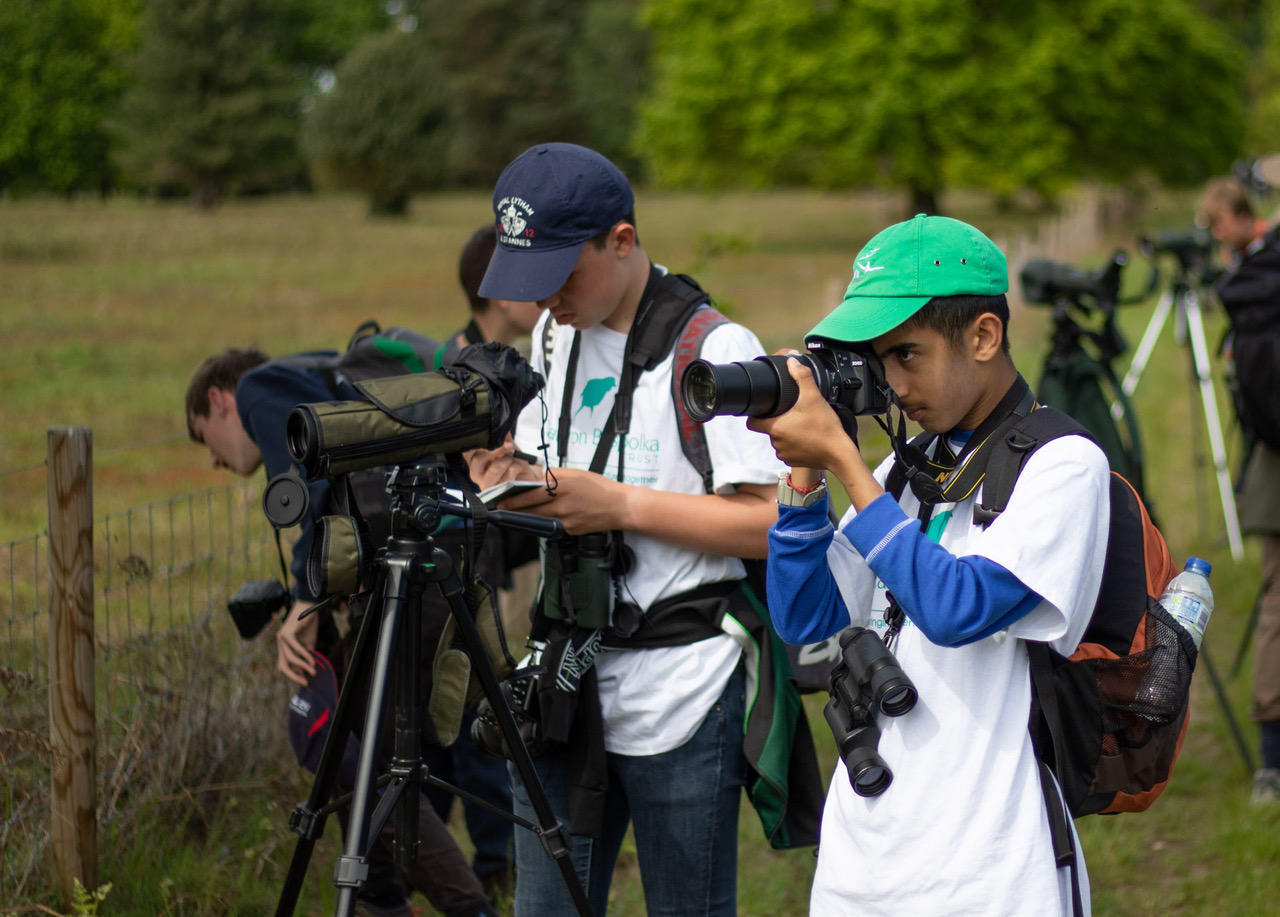