If you consume any type of media, be it social or broadcast television, you will be aware of the presence of an unusual Arctic visitor in British waters. For the last few months, a juvenile male walrus known now as Wally has been enjoying the delights of Tenby, touring along the west European coast and is currently holidaying around the Isles of Scilly.

Although it has been great to see such charismatic megafauna around our coastline, one must ask why a creature evolved for life in the Arctic has decided to travel alone so far from home. 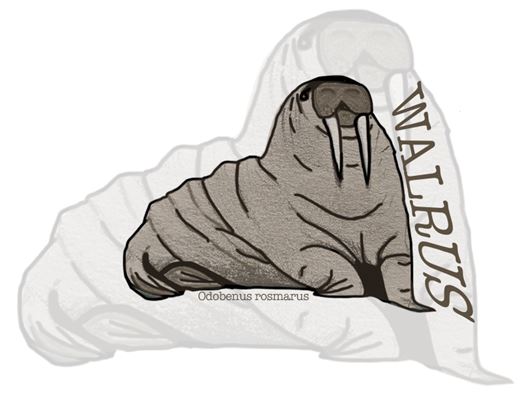 The phenomenon of unusual animal movements outside of their usual range is known as ‘vagrancy’. It is a behaviour with hazy theories surrounding what drives it, with some suggesting adverse weather and genetic precursors. Regardless of the cause the result of this exploratory behaviour could have some interesting biological impacts such as permanent range expansion through colonisation. Birds are a species group which exhibit vagrancy fairly frequently; take Albert the black browed albatross for example (I reckon we could do better with naming individual vagrants by the way), and all of the other twitchable species we see throughout the year. It seems that those species which pop up in unusual places tend to be migrants with a propensity for long-range movement compared to residents. When it comes to walruses (particularly Pacific walrus) they do exhibit a kind of migration as they follow seasonal pack ice, with younger individuals like Wally tending to be more exploratory. However the RNLI ramp at Tenby is no ooglit (Eskimo word for a traditional walrus haul-out), but it must be a good spot.

When individuals end up somewhere suitable they may stay, and why not? No competition from conspecifics, plenty of food, stardom; honestly a dream scenario for any species. Wally certainly seems to be having a great time, is in lovely condition and making the most of exploring new parts of the world. The arrival of an individual like Wally in an unusual location is exciting, though with limited biological significance. They cannot breed alone so their pioneering behaviour accounts to nothing more than a curiosity. Theories propose that random vagrants could be precursors to eventual colonisation and range expansion, with evidence in evolutionary history such as island endemics resulting from the colonisation by a few brave explorers. In particular Darwin’s finches spring to mind. It is also suggested that a changing climate could push species to explore new places to live as pressure is placed on food resources and suitable breeding sites.

When it comes to walruses they are definitely experiencing the effects of a changing climate. You may remember those awful images from the Netflix series ‘Our Planet’, as Sir David shows us the devastating result of sea ice loss. Walruses typically haul out on the ice when they congregate to breed, but with less ice available populations are now having to haul out on land in their thousands. Perhaps the pressure of reduced space for walruses is what drove Wally to explore new horizons. Alternatively Wally could simply be hardwired for exploration, something in his genetics predisposes him to being a Walrus Raleigh (sorry). Hopefully he will make it back to his home where he can be with other walruses and contribute to the future of this species listed as vulnerable by the International Union for Conservation of Nature (IUCN). This may be aided by plans to deter him from the Scilly archipelago where he is making a bit of a nuisance of himself, sinking tenders and being a little too friendly for a large beast. I for one look forward to seeing where Wally goes next, and hope to possibly see him for myself should he return to the shore of the mainland. 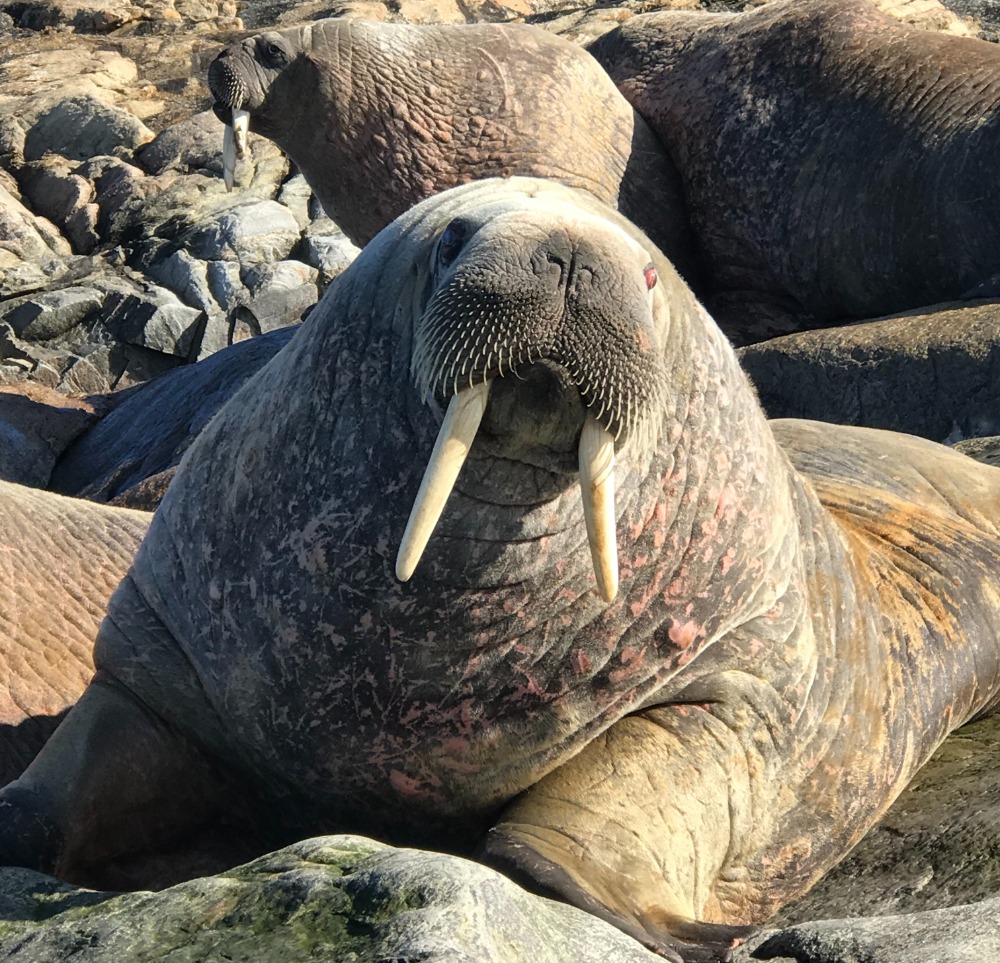 The Walrus is listed as vulnerable by the International Union for Conservation of Nature. Photo by Putulik Jaaka