The Blackcap adapting to climate change

Traditionally, Blackcaps arrive in the UK and Ireland to form our breeding populations from early April, with the females often arriving a week or two later than the males, breeding in scrubby woodland habitat.

It is believed that being a versatile eater allows the Blackcap to be an early summer visitor. As with some other summer migrants, their arrival dates have become progressively earlier since the middle of the 1970s, a pattern which is increasingly being linked to climate change and its effect on wildlife populations.

Growing up as a young person in the countryside, it was always very easy to overlook small birds in your local patch. Whether I be a Garden Warbler or a Greenfinch, the duller colours made them a lot less fascinating compared to the likes of the Bullfinch or Goldfinches. Similarly, I always took a liking to birds of prey, as we all do, thanks to their sizes and lethal adaptations. In recent years, however, my interest has changed slightly, towards a preference for rarer or habitually impressive species. I always think that finding a bird that is rare, and looks stunning one of life’s greatest rewards.

A bird that isn’t particularly rare or physically stunning, and that is often overlooked, is the Blackcap. This little warbler has, of late, become one of my favourites of the less uncommon birds. After outlining the argument for my Extended Project dissertation - ‘How Climate Change is Affecting the Populations and Distributions of a Range of the UKs Migratory Birds’- the Blackcap quickly became one of the most influential points to the argument. 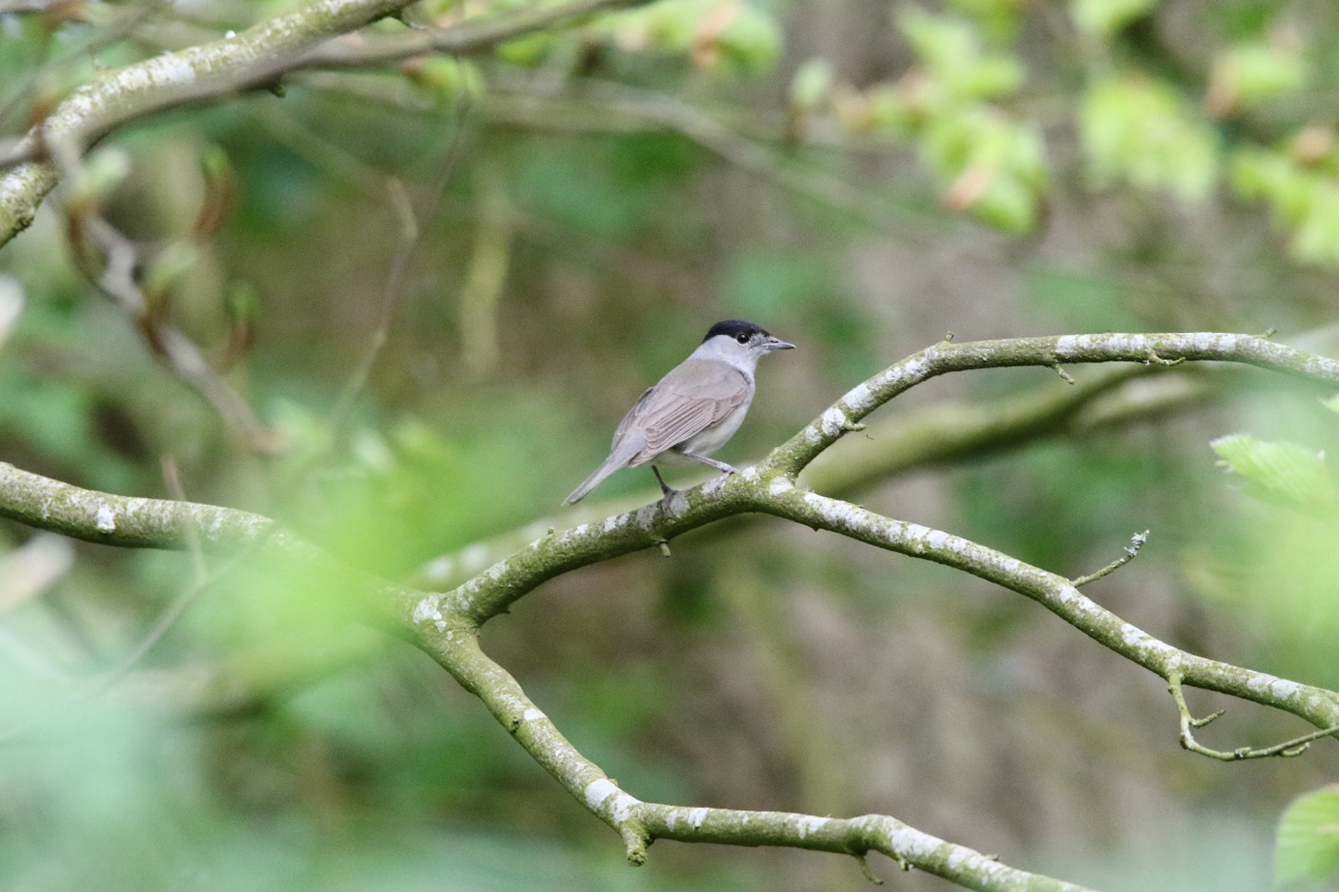 The Blackcap, starting to make itself at home in the UK all year round. Photo: Alex Chapman

Whilst the species has always been a prominent breeder in the UK in our summer months, recent studies show that birds that have started to winter in the UK too, as a result of temperatures becoming more habitable for the species over winter, altering the geographic compasses and phenology of mostly juvenile birds that have taken the wrong migratory path.

What was most interesting was an addition to this point that Ian Newton described during his talk at the HOS Members Day this year, of which I attended with the Trust, where a man called Peter Berthold cross-bred Blackcaps that migrate to and from different places. He tested (the possibly unethical) caged restlessness of the birds, shows that the crossbred young tend to attempt migrate almost exactly in the ‘in-between’ direction of their parents, showing that the direction of migration is, initially, almost entirely genetic.

This proves that once birds begin to migrate to the UK, their genetic phenology changes and their offspring migrate in that direction too. This is only possible because conditions are now more habitable for Blackcaps in the UK in winter. The boisterous nature of the Blackcap allows them to efficiently feed at feeding stations, of which the Blackcap is almost entirely dependent during our winter months. This is due to a lack of their natural food source at this time at our latitude.

This insight into the species really opened my eyes as to not only how impacting climate change is, but also into just how much happens to every species all the time. The Blackcap is just one of a number of species being directly influenced by climate change, and one of almost countless similar species worldwide that is being affected by a wide variety of things.

Every time I see a Blackcap now, I am humbled by the challenges and opportunities that the species has overcome and taken up, and I also take great pleasure in watching a woodland species that I now feel like I know so much about.

I will be sure to give access to a version of my dissertation upon completion – for anyone who has the time and patience to read it!